Five ways in which Blockchain Technology is reinventing Financial Services 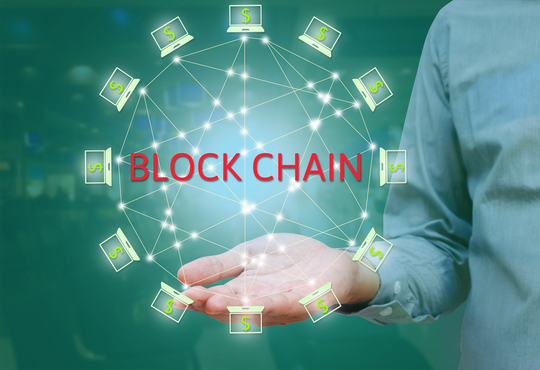 Blockchain operating on distributed ecosystem platforms can transform money management systems and is emerging as the foundation of a new set of applications that involve transactions recorded in public and private domains. Blockchain holds the potential for all participants in a business network to share a system of records through shared ledgers.

Distributed ledger technologies are built on cryptographic tools. They are supported by distributed consensus algorithms. They are tamper-evident electronic ledger shared within a network, accessible across WAN. The transactions in a blockchain network are stored in the form of a Tree. Transactions are included in the data segment of a blockchain. The blocks are stored chronologically in a blockchain ledge. Blocks are distributed across the network. Blockchains address the availability and there is no single point of failure.

From the banking and financial point of view, blockchain reduces the cost of establishing trust. It offers an inherent level of trust for the user, eliminating the need for middlemen and mitigating risk of human error. It allows consumers and suppliers to connect directly, removing the need for a third party. The blockchain’s security is built on the use of cryptographic hash functions. The security, resiliency, and transparency of blockchain could boost investor confidence and trust. Shared ledgers are rewriting the digital world by enabling a distributed consensus. Distributed ledger systems are being tested in payment processing, trade finance, and back-office recordkeeping functions. They are potential candidates for trading OTC derivatives, swaps, bonds, commodities, and unregistered securities, as well as syndicated loans, and ware-house receipts.

Conventional banking and financial transactions like clearing and settlement were recorded in ledgers. Financial transactions, regardless of the asset type, requires (1) Network of participants, (2) Asset or set of assets that are transferred among those participants, and (3) Transfer process that defines the procedures associated with the transaction which are recorded in the ledgers. Participants communicate by sending electronic messages, acknowledgements, statements, and other information across the network. Reconciliation was attempted with such messages. Reconciliation of data was time-consuming with intra-bank cross-border payment being one of the areas of concern. The essential strength of blockchain is the elimination of duplicate data with improved settlement. The advent of Blockchain saves on reconciliation cost between the banks and prevents losses due to documentary frauds. Blockchain can facilitate payments and settlements offering near real-time transfer of funds and settlement time reduction creating value. Optimized settlement window reduces cost to trade, improving liquidity if capital is recycled back into the market.

On a conventional platform transactional data resides in duplicate locations. Interested parties move in for altering the stored data for personal reasons. Each transaction or contract between two or more members in the network requires verification or validation by the network. With the benefit of Blockchain the transactions gets validated and distributed based on smart contract rules. Validated generic blockchain transactions are called Smart Contracts. Smart contracts can be embedded in blockchain networks. They are commonly agreed terms between parties which will automatically execute once conditions are met. Smart contracts built on electronic ledgers open up a new dimension of financial supply chain transactions. They are useful for tracking letters of credit, bills of lading, etc. along the supply chain down-stream and up-stream. The shared ledgers in a public / private domain are driven by smart contracts eliminating third party interventions. The entire sequence of actions taken in a smart contract are propagated across the network and/or recorded on the blockchain, and therefore are publicly visible. Despite the eloquence of the blockchain and smart contracts, the present form of these technologies lacks transactional privacy.

Most of the conventional banking processes are linear and hierarchical. While the maker-checker-approver process helps the banks to gain control and puts the emphasis on ownership of decisions, it delays decision making with longer processing time, costs and lower customer satisfaction. Block­chain can radically alter the way trans­actions are processed by banks and financial institutions today. Switching to a blockchain system could speed up services such as global payments, trade finance, syndicated loans and equity clearing. It is expected to be used in a variety of industries and for a variety of reasons.