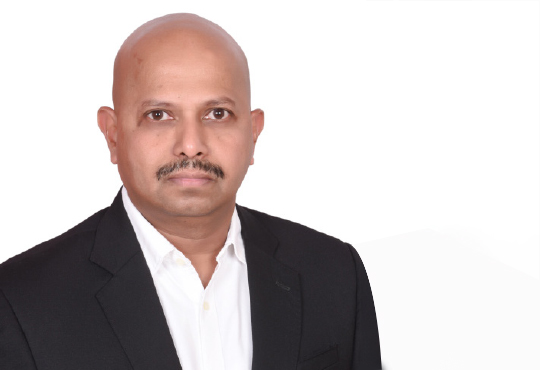 Tokenization on Blockchain has picked up steam in the last couple of years, but fundamentally a bitcoin or an Ether, which are referred to as cryptocurrencies are also a type of token. Tokens by themselves is not a new concept, physical tokens such as banknotes and coins have always existed to denote the underlying currency and its ownership rights of the bearer of those. Electronic tokens were first introduced and used in the Payment Card Industry (PCI), where the primary use of the token was to replace sensitive data to help protect the credit card information. The token consisted of randomized numbers replacing the actual account or card number, thereby increasing data security of the card holder. Tokenization on blockchain further enhances the value tokens deliver.

Tokenization is a process of digitalizing an asset or a commodity either physical or non-physical, representing the value of the underlying as a cryptographic token. A bearer holding such tokens represents ownership of the underlying asset or commodity either in part or whole. Examples include real estate, art, securities, loyalty points and other real-world assets. Currently, tokens are broadly classified into three different types, a cryptocurrency token, a utility token and a security token. There are, also a few variations of the security token.

“Transparency, traceability, provenance, efficiency and speed are primary attributes of blockchain from which tokens naturally benefit”

Cryptocurrencies are native tokens to the blockchain platform that creates them. The primary function of these is to serve as digital money and store of value and can be used to make payments online and off-line where they are accepted. Bitcoins for example are accepted as payments in several online stores and a few offline establishments. Regulators globally have steered clear of these, and most central banks do not recognize these as currency anywhere.

A utility token on the other hand, enables the owner of the token to consume services provided by the underlying platform. For example, if a blockchain platform was created to offer cloud storage as a service, then the owner possessing such tokens would be able to pay for the cloud storage service on this platform. Utility tokens are acquired through an ICO (Initial Coin Offering) of the blockchain platform in the early stages of the venture. The owner just owns the tokens for future use of the services, they apparently have no rights to the assets or future gains of the platform itself. There could potentially be other functions in the platform ecosystem that could lead to value appreciation of the tokens. While the token serves as a medium for the services on that platform, it is not uncommon for these tokens to be traded for profit on independent exchanges. Utility tokens are not regulated by any regulatory body.

The third type of tokens is a security token, In the early stages of the venture, these are distributed through a Security Token Offering (STO) process. These are pure investment tokens, and the rules are clear in this case, if there is an expectation of profit from the effort of others, then the token is classified as security. Typically, a token will be put through what is called the Howey’s test, which determines, if a token is a security or not. If a token is classified as a security, then it is required to have an investment contract representing legal ownership of physical or digital assets. Security tokens are regulated, currently in the US, these are regulated by SEC (securities and exchange commission). Although a security token is considered an investment, the token doesn’t represent a share in the venture. A different variant called Equity Token allows for investors to own a share of the company. Equity tokens can be considered as an IPO, represented as tokens on blockchain.

There are several benefits of blockchain that are clear to us, and tokens as explained earlier have delivered value even before the availability of blockchain. But when tokens are used on blockchain there are possibilities of exponential growth in the value delivered by both.

One important attribute of tokens is fractionalization of an asset. Take for example a home having a good value. The owner is currently in need of some cash which is equivalent to a small fraction of the full value of the property. One way is to create tokens of 1/1000th to the value of the property, then take a few tokens and sell them to a private investor. The owner gets the cash he is looking for and the private investor gets ownership of a fraction of the property. As the property value appreciates so do the tokens. Fractionalizing the property, benefits both the owner looking for cash and the investor who has only limited funds to invest. This can be done for any type of asset that can be tokenized on blockchain.

Liquidity can be made available in the market for assets of high value, and which are usually highly illiquid. Take for example the art market, as of December 2018, it was valued at $67 billion, despite this, the market is highly illiquid. Tokens have the potential to inject the required liquidity for this market, by allowing investors to invest in fraction ownership of valuable piece of art.

With tokens, peer-to-peer transactions are possible without the need for intermediaries. In the above example, the transaction between the home owner and the investor could take place directly without, let’s say, the involvement of a registrar, because the transaction can be secured and verified on blockchain using a smart contract.

Finally, transparency, traceability, provenance, efficiency and speed are primary attributes of blockchain from which tokens naturally benefit, because the moment a token is issued the system starts recording every transaction that is ever performed on that token. It is also secure from the fact that blockchain inherently guard against the double-spend problem, this means that no two people can own the same token at the same time.